Smash the castle gates and leave nothing but rubble behind in the game that makes you builder, strategist and destroyer, all in one!

Journey to a realm where great battles are fought over kingdoms and crowns. Challenge millions of players in fast, tactical combat as you take direct control of your forces to break through their castle defences using raw might and your mastery of magic.

IT’S ALL ABOUT PERSONALITY 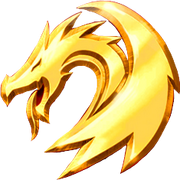